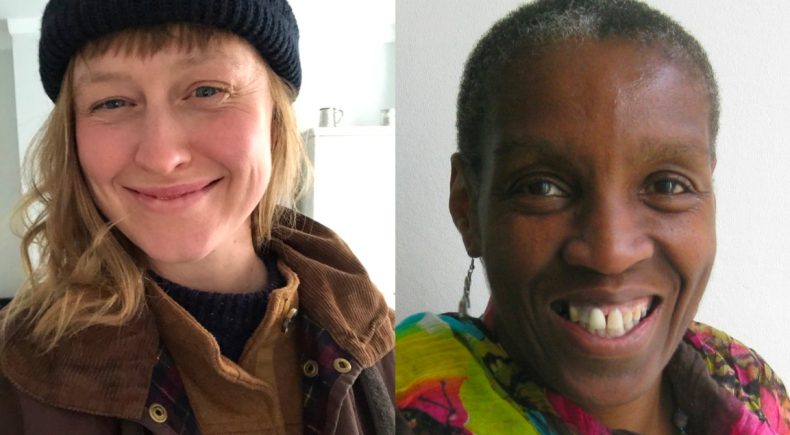 The first group of trailblazing women have been selected for a pioneering arts leadership programme, two of which will join Activate Performing Arts as part of their training.

The organisations will host two Associates each over the next eighteen months, supported by social entrepreneurship and business training from Southampton Business School and mentoring from Jude Kelly and The WOW (Women of the World) Foundation. The programme is funded by the Arts Council’s Transforming Leadership scheme.

The two Associates who will be working and training with Activate are Natasha Nixon and Ruth Pitter.

Natasha is an international Theatre Director and Practitioner based in Bridport. Her work is cross-disciplinary with previous projects including an experimental dance theatre show exploring trauma, a queer adaptation of Macbeth, circus, new writing and mask projects, as well as a broad range of outreach work including an immersive clown dance show for children with special educational needs and disabilities. Her experience in the theatre industry includes work as a Staff Director at the National Theatre and as an Associate for the National Youth Theatre.

Natasha said: “I am thrilled to have been selected as an Associate with Women Leaders South West, supported by Activate Performing Arts. The programme offers the vital infrastructure needed to allow artists like myself to expand their practise and make long lasting connections with other leading women in the community. It has given me the courage and belief to finally make a step change and transfer my current leadership skills into new and exciting territories.”

Ruth is based in Bristol and co-founder of Black Women Let Loose Theatre Company, Breathing Fire Black Women’s Playback Theatre Company, and ‘Our Stories Make Waves’ collective for artists of African Diaspora heritage. She has performed, written, produced, taught and directed productions locally, nationally and internationally. Ruth has also worked in the voluntary sector for many years in the field of equality, diversity and inclusion.

Ruth said: “I’m delighted to be selected as an associate with Women Leaders South West, and supported by Activate Performing Arts to spur on and expand my leadership skills. This training is essential for supporting and shining a light on women like myself, enabling us to demonstrate we can soar higher particularly when we are believed in, and invested in.”

The successful candidates come from a variety of backgrounds with a diversity of perspectives. They live across the South West – from Newlyn in Cornwall to Southampton; Bridport to Gloucester. Selected for their ambition to make change, to innovate and to inspire, they will start training with the eight arts organisations in the coming weeks, with a residential of intensive learning in April.

Phil Gibby, Area Director, South West, Arts Council England, said: “We are proud to have invested £585,284 in Women Leaders South West, a consortium of eight successful female-led cultural organisations from all corners of the south west, through our National Lottery funded Transforming Leadership programme. This fund was set up to ensure leaders in the sector are appropriately skilled and represent a range of backgrounds, and Women Leaders South West helps to create fairness and career development opportunities.”

Kate Wood, Executive and Artistic Director at Activate Performing Arts, said: “We are delighted to have Ruth and Natasha join our team as part of their training for the Women Leaders South West programme. We will learn lots from these inspiring and dynamic women and will support them in developing their leadership skills over the coming months and beyond.”

Women Leaders South West exists as a knowledge exchange programme for the women Associates and the partner organisations to learn from one another. Funded by Arts Council England’s Transforming Leadership Fund, the aim is to address specific issues around diversity across leadership, opportunities for emerging and early career leaders, and support the long-term resilience of the sector.